When life gives you lemons…

I recently went out to dinner with a friend and he and I were discussing our dads. For both of our fathers, life has taken an unexpected turn and has been a bumpier ride than expected. For my father, this bumpy ride started nine years ago with his diagnosis of Parkinson’s Disease (PD). For my friend’s father, life took a turn when a freak accident caused brain damage.

Let me tell you a little about PD. According to the National Parkinson’s Foundation, “Parkinson’s disease (PD) is a neurodegenerative brain disorder that progresses slowly in most people. Most people’s symptoms take years to develop, and they live for years with the disease. In short, a person’s brain slowly stops producing a neurotransmitter called dopamine. With less and less dopamine, a person has less and less ability to regulate their movements, body and emotions. Parkinson’s disease itself is not fatal. However, complications from the disease are serious; the Centers for Disease Control and Prevention rated complications from PD as the 14th top cause of death in the United States.”

In case you skimmed all of that science-y stuff, here is the takeaway: PD is a slowly progressing disease where one looses control of muscle movements.

Alright, now that we are on the same page, follow me down this rabbit hole.

One of my favorite and least favorite questions to be asked is, “How is your dad doing?”

I love this question because it shows how much the asker cares for my dad and for me, but it is a hard question to answer. Being a people pleaser, I always want to tell them just what they want to hear. To proudly proclaim that, “He is doing great!” and that, “You can barely notice his symptoms!” But unfortunately this just isn’t the case.

Don’t get me wrong, my dad lives well with PD, but his symptoms will never get any better, they only get worse. This is why I hate Parkinson’s—because it is progressive. Each day it gets a little worst and each day is a little harder. My father’s body is betraying him. He is slowly stripped of his independence, his control, and his personality. Slowly, but surely, year by year. 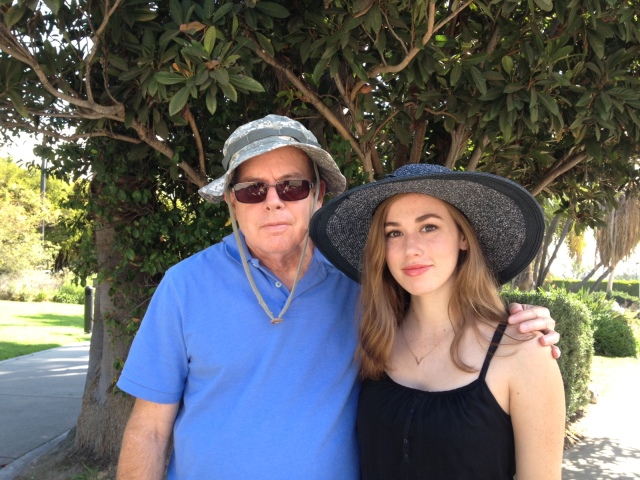 The opposite was true for my friend’s father. His life changed in an instant. There was no slow onset of disease; in one day, in one moment, his father lost so much. Lost his independence to drive, to work, to read and write, and lost aspects of his personality. In one moment his father lost things that have taken nine years for my father to loose.

I realized then the thing I hated most about PD—that it is progressive—might actually be the best thing about PD. What before had seemed like a merciless, protracted, relentless death grip might really be the thing that makes this disease tolerable.

This slow progression of worsening symptoms allows my father and my family to acclimate. We have learned his struggles and we have adjusted accordingly. We have learned to park in the closest spot in the lot, to avoid staircases, and to keep the floors free of tripping hazards (hard with two dogs and a cat!). We have converted plates and dishes to plastic (less likely to break while washing). We were able to save money for a new car that that better accommodated my dad. We have researched speech therapies, join support groups, and undergone breakthrough surgeries. When the time comes, we will start the process of selling our two-story house, and purchase instead a one-story.

With Parkinson’s, we have time. Time to learn what works and what does not. Time to save money. Time to research all options. Time to makes changes. My friend and his father do not, and did not, have this. They do not have this luxury.

To my friend, thank you. Thank you for helping me understand. For helping me turn my ‘hate’ to ‘appreciate.’ For letting me learn that this is a blessing in disguise.

What hardships have you later found to be blessings? Let me know below.

5 thoughts on “Turning Hate into Appreciate”