I love to travel. I want to go here, there, and everywhere. But there is one thing I hate about traveling…

No, it isn’t how expensive traveling it. Neither is it how hard it can be to get time off. It isn’t the fact that bad weather can ruin a trip, or that you might fight with the person you are traveling with. I don’t care about getting lost, not knowing the language or the long plane rides. To me, the worst thing about traveling is meeting amazing people and then having to continue your life without them.

This realization came to a conscious level for the first time while in Santa Cruz with my friend Jessie. We were taking an Uber back to our Airbnb for the final time and I turned to Jessie and said, “I hate meeting great people and knowing that I might never see them again.” I mean, it is the worst. You meet someone and realize you have a real bond with them. You have that “Wait, did we just become best friends?” moment. You want to learn from them, to live your life the way they do. But then, vacation is over and it is time to say goodbye.

It wasn’t until recently that I started making it a point to meet new people while traveling. When I was younger, I always stayed with my family or group, more concerned with ‘stranger danger’ than with meeting awesome new people. Even when I was 15-years-old and exploring Costa Rica with a school group, I never thought to exchange MySpace (I know, what a throwback) or email information with the other students. 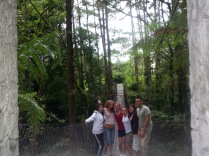 Thankfully that shy mentality of mine has changed as I grew older, and technology grew up with me. Unlike when I was younger, now we can text, call, tweet, Instagram direct message, Facetime, Facebook message, email, Skype, and write letters to each other. There is a type of technology for any friendship or relationship. Despite distance, time zones, and languages, we no longer have to truly say goodbye to the friends we met while traveling.

The first time I actually met locals and exchanged contact information while traveling was when I was in Spain. I met Lucas 5 years ago and have not seen him in person since.

Despite the time and distance, Lucas and I still keep up with each other over social media. When I am in Spain next, I know that I will reach out to him to grab dinner or go sailing. Should he ever find himself in LA, I hope he would contact me.

Last week, a friend I had met while traveling did reach out to me saying he was going to be in LA. No, it wasn’t Lucas; it was Will, a guy I met in Dallas last month. While in Texas, my friend Mitch and I were at a speakeasy and started a conversation with Will. Will and I discovered that we had both worked for Target. In addition to our Target backgrounds, he and I are both hoping to pursue a MBA degree. Will gave me his card and offered to keep in touch.

When Will told me he would be in LA for 4 days, I jumped at the opportunity to see the friend I had met while traveling. I joined Will and his travel buddies in Hollywood for a drink. We first went to Musso and Frank’s Grill, a Hollywood staple that has been around since 1919. A cocktail there will run you about $12, but it is worth checking out once. This place is pretty legendary among studio writers and definitely has kept that Old Hollywood vibe alive. We then decided to take our night from classy to trashy by moving down the block to The Rusty Mullet. Both bars were great, but the latter came complete with cheap drinks, karaoke, and good people watching. 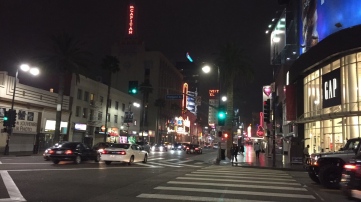 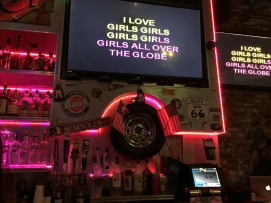 It was awesome to see Will. It was a trip meeting each other in Dallas, Texas and then getting to meet up again in Hollywood, California. The world feels like such a big place, but then something like this happens and you realize how small it really is. With the advances in technology and the accessibility of transportation, it is so easy to get from one part of the world to the other nowadays.

It was a total fluke that on a Sunday I was commenting about never seeing the people I meet while traveling, and then two days later I am grabbing a drink with my Texan friend in Hollywood. I have never been so happy to be proved wrong.

Are you open to meeting new people when you travel? Let me know below.

2 thoughts on “The Hardest Part About Traveling”