Well, I had a chance to see if I could talk the quack and walk the waddle during my recent trip to Oregon. I mentioned recently that I went up to Oregon for my MBA interviews. 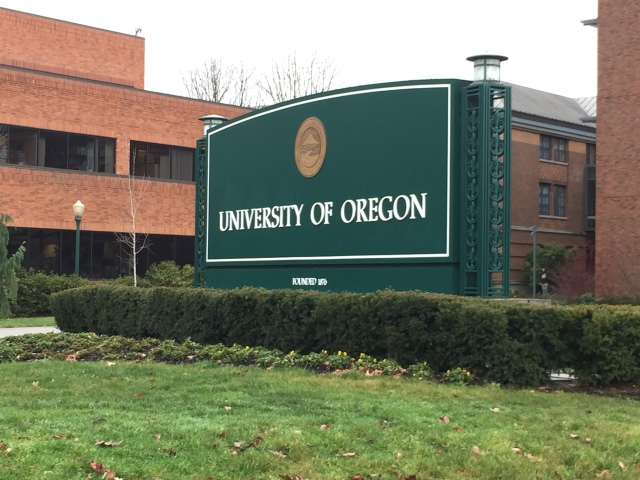 Here is how the day played out.

After eating my burger, I met with a current graduate student Kate Blazar, who is in the process of launching her own business Animosa while wrapping up her final semester of the Oregon MBA program. Although Kate and I have chatted on the phone and have been in correspondence with each other for months now, this was our first time meeting in person. We sat down for coffee together and Kate’s main focus was ensuring that I was fully prepped for my interviews. 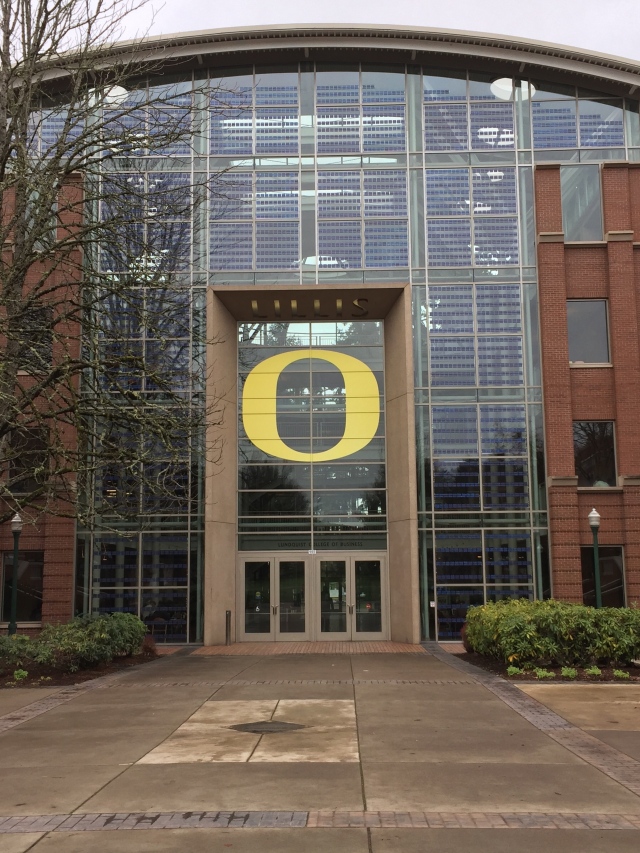 Surprisingly, I wasn’t nervous or anxious at all. University of Oregon has been my top choice since day one and I feel that I am a perfect fit for the school, and it for me. Although it might sound conceited to say, I also do not feel awkward talking about myself. I think my self-assured confidence is mainly derived from this blog. I open myself up so immeasurably to strangers already, how would an interview be any different? More so, I am proud of my story, of who I am, and of where I want to go. With that, I told Kate that I would rather spend our time together learning about her extremely innovated product that will be launching this summer.

I then had my interviews. I met with two people individually for 30-minutes each. Sitting down with both Paul and Nathan, I was surprised to learn that they each have read some of my blog in preparation for meeting me. Nathan even went so far as to say, “I feel like I already know you” during my first minute with him. At first I was worried this meant that our topics of conversation might be slightly constrained, focusing more on information about me that isn’t on this blog (which, let’s be real, isn’t much…I’m a pretty open book). Contrary to my thought, the interviews felt more like an easy conversation with a new colleague, or even, a new friend.

I also got to meet some more of the UO staff – like Patrick, who is teaching himself incredible woodwork, which I hope he sells someday – and other MBA students. The standout student that I met was Tess. She stood out for obvious reasons (Tess is by no means a common name), and as she is a second-year about to graduate from the specific track that I have applied for, I felt that I was a perfect sign. Who better to replace this Tess in the Oregon MBA program for Innovation and Entrepreneurship than myself?

After touring the Lundquist College Business in the Lillis Business Complex, I then attended a second-year MBA class. After meeting the professor, I took a seat in the back to observe. Like a fly on the wall, my aim was to gain insights into the class style, learn about the MBA cohort I might be a part of, and, honestly, to make sure business college really did interest me. We were reviewing a case study of Volkswagen and the semi-recent scandal around their diesel cars. The class was discussing how VW could no longer be trusted and how their best bet as a company was to scrap diesel vehicles all together and instead focus on the electric vehicle market.

Unable to remain that quiet and inconspicuous fly on the wall, I raised my hand. I challenged the class’ idea that VW should move their focus from diesel to electric. I stated that, although I had not read the case study, it did not seem like a savvy move to scrap diesel for electric because why should the consumer believe that VW wouldn’t cheat the emissions testing on their electric vehicles as they had their diesel?  I went on further to explain that I believe the only way VW will gain back the trust they lost with their consumers is to make good on the promise they knowingly broke and perfect the diesel vehicle.

After stating my point in what felt like one long, rushed breath, I melted back into my chair,  flushed in the face. I, a 23-year-old psychology major who has never taken a business class in her life, just challenged the position of a room full of brilliant people, soon-to-be literal Masters of business theory, on a case study that I had not even read. What is more, it worked. Instantly, hands shot up and a whole new discussion emerged. Later in the lecture, the professor even cold-called me, asking if I agreed with a point another student had brought up. Apparently, my opinion meant something.

When class ended, I thanked the professor for letting me sit in, and speak up, in his class. He told me he hoped to see me in his class again soon; I told him I hoped so too.

In this moment, everything clicked. I was part of something. I was in my element and was surrounded by my people. This, I though, is the place for me. It looks like I can quack like a Duck.

Have you even been at a place where you felt completely comfortable and at home? Let us know below.