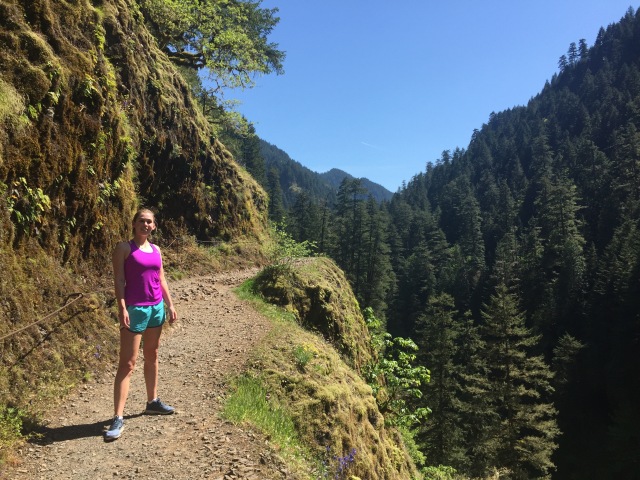 Birds of a feather flock together.

If you have been following my journey, you know that I have been preparing for graduate school for some time. I completed my interviews, weighed my options, and accepted an offer. Well, the time has come to officially announce on FromBrownEyes where I will be attending graduate school. Drumroll please! I will be attending the University of Oregon! 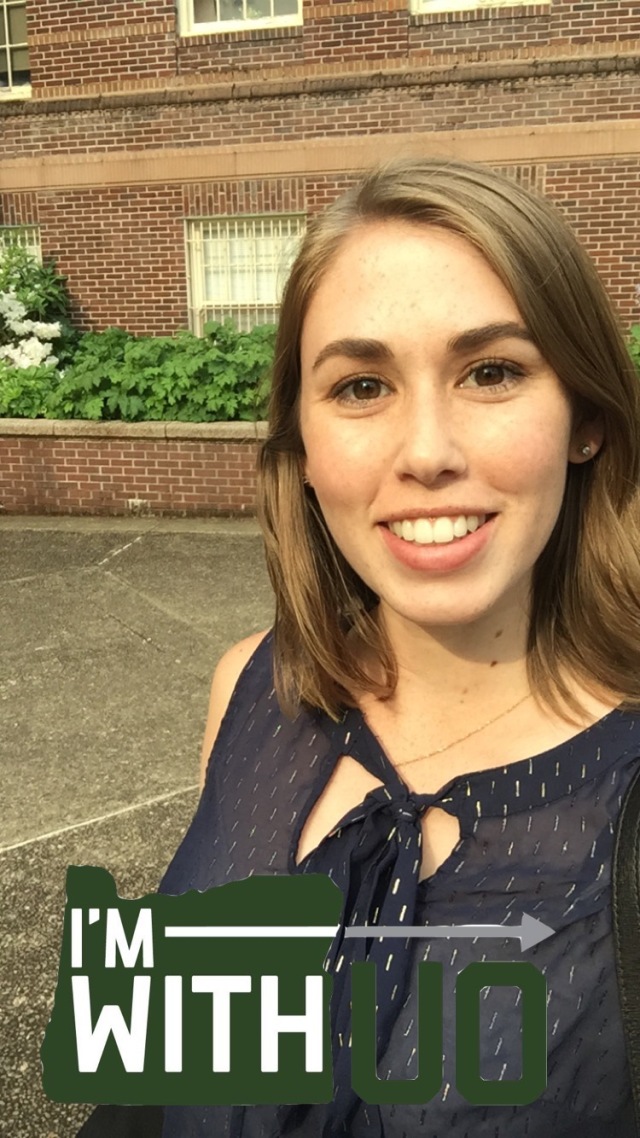 This probably isn’t much of a surprise, because it has pretty much been all I can talk about…and I kind of, sort of mentioned it on last Friday’s blog. But anyways, here is why. 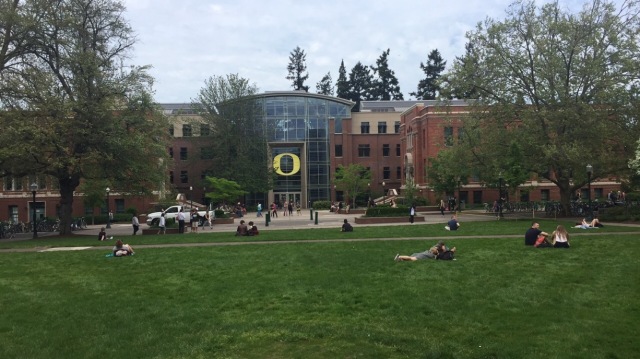 I had visited Portland, Oregon with my mom five years ago and haven’t shut up about it since. I just loved Portland, and if you haven’t been able to tell by my four visits this year alone, my infatuation has only grown. (Read here, here, here, or here).

So, when it came time to research MBA programs, I started thinking broadly, first with states I would want to attend school in. California, Washington, New York, Colorado, Illinois, Pennsylvania, Massachusetts, Indiana, and, of course, Oregon, were on the list. I then started listing schools within each state. For Oregon, the University of Oregon was the only school that went into the column.  I honestly wish I could explain it, but I have no idea why UO was the only school in Oregon I would consider. I knew literally nothing about the school before I started researching it, and have a friend who’s uncle went there (way before I had met either of them), but other than that, have zero connections to the school. It isn’t even located in Portland! For whatever reason, it passed up on the 10 other Universities in Oregon that offer MBAs, three of which are located in Portland. All I can say is that UO felt right. 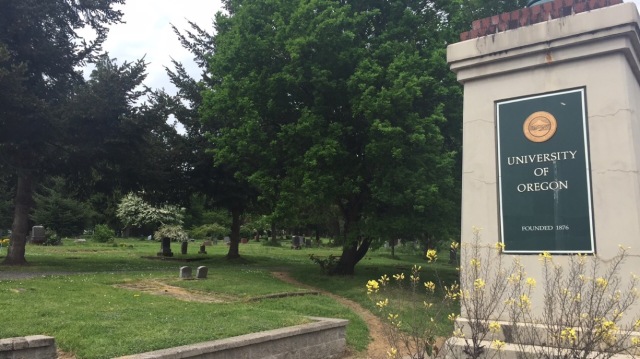 By the time I was done with my initial list, I had 30 MBA programs listed in nine different states. Three months later, when it came time to submit my five applications, University of Oregon was the only school that had been on the list since the start.

In many ways, UO is the worst option for me. First, it was the furthest away. I found it hard to live six hours away by car from my family while attending the University of California, Davis and now I was going to double that and moving 12 hours away? Along with it being the furthest away, UO is also the most expensive. Although it is a public school, this research university comes with a decent sticker price…and I will have to tack on out-of-state tuition for my self-funded program. When it is all said and done, UO will cost me almost $40,000 per year. Compared to the other schools I applied to, I could have financed my entire MBA for less than one year at UO.

But what can I say except “Go where you are meant to be” and the University of Oregon is the place for me. From the first time I clicked into their website I knew this to be true, a fact that was only solidified by my initial visit to campus. This is my place, filled with my people. We have similar mentalities, values, and aspirations.

UO is a place were I can focus on the things that are important to me in a way that suits my learning style. I wanted small, personal class sizes and I am in a cohort of only 60 students. I wanted a program focused on creativity and ingenuity, and I landed one of less than 10 spots in the Innovation and Entrepreneurship track. I wanted to live outside of California, and I get to live in one of my favorite states. I wanted to enjoy a college town, much like Davis, CA, with a big sense of community togetherness, and being a Duck provides me with that. Being part of UO is more than just being a student or faculty member, it secures your spot into the inner circle. You are a part of a network, of a community, of a flock. 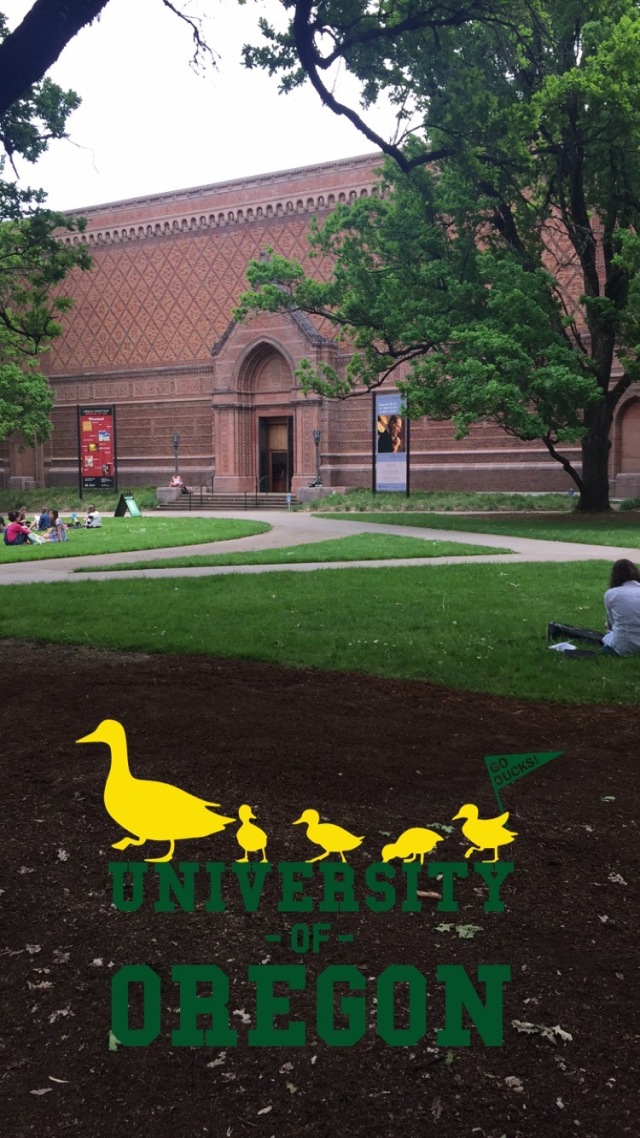 As you read this, I am celebrating my third day as a Oregonian. It was hard to say goodbye to my family. It was hard to write a rent check for the first time in 10 months. It was hard to drive over 12 hours with my cat in the passenger seat. But it is what I had to do to go where I am meant to be.

And guess who had the same idea? Jessie! When I announced that I wanted to move to Oregon, my best friend said that she wanted in. For now, she isn’t going to be attending the school with me, but I am curious to see if being so close to the Duck community makes her want to come back to school as well. 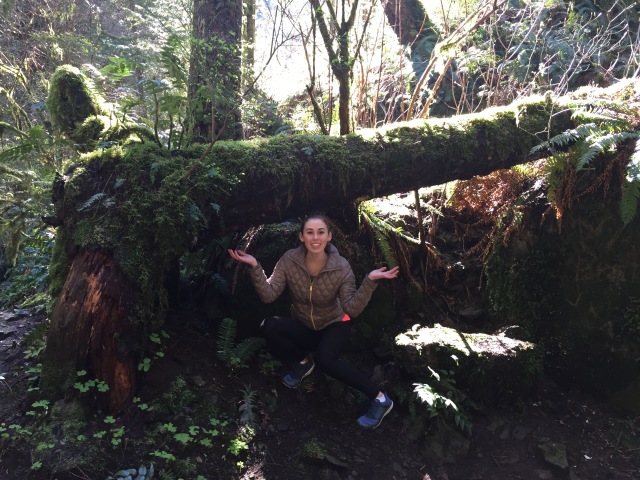 To the outside observer the University of Oregon might seem like the most random option, but to me it is the most genuine, organic, and instinctive choice. Welcome to Oregon!

Are you where you are meant to be? Let us know below.