With a friend visiting LA, I decided to play tourist again. Here is what we got up to.

I recently had a friend from Oregon visit me in LA for a day. As Janet (you first met her here) went to high school in LA, so we didn’t really feel the need to do the typically touristy stuff, like walk along Hollywood Blvd, go to the Getty, or see the Dodgers play. We instead decided to do something more typical of a LA resident than a LA tourist: hit up a sample sale.

Neither Janet nor I had been to a sample sale, so when I was emailed an invitation from my favorite activewear brand Montiel, we thought the timing was perfect to check it out. Janet and I drove out to West Hollywood, or WeHo, where the sale took place and were surprised to find ourselves in a residential area. A sample sale – which is a flash sale where designers sell damaged or customized (read: it was made for a 5′ 11″ model) clothing at an extremely discounted price – typically takes place at a warehouse or studio, not in the backyard of the designer’s house. Well, this turned out to be a fortunate twist of fate, but Janet and I were not only greeted with great deals, but also with Maggie, Founder and CEO of Montiel, who was hosting the sample sale at her house.

After telling her that I stumbled upon Montiel a year and a half ago, order one sports bra, and then order four more pieces two weeks later because I loved the product so much, she was really happy to take some time to chat with me. I learned that her dad had been in the fashion industry and was liquidating his company, so she decided to purchase his fabric and start designing an activewear line of her own. I also learned that she has a degree in fashion merchandising and loves the LA area, which is why she produces all of her clothing in California instead of overseas. I decided to pick her brain a little and ask what her number one tip is when launching a business. Maggie said the key is to never stop and be ready to a few nights without sleep. Basically, it sounds to me a lot like having a baby.

I ended up leaving with four pieces for the typical price of one ($45). Gotta love sample sales!

If you want to read a review I published early about the brand, click here.

However, no trip to LA is ever complete without a stop at a trendy restaurant. Janet and I then went to Milk, an extreme dessert place in Los Angeles.

Being the sweet tooth I am, I had to try a macaron ice cream sandwich. Although an employee told me the Fruity Pebbles flavors is the most popular, I went with Fruit Loops. 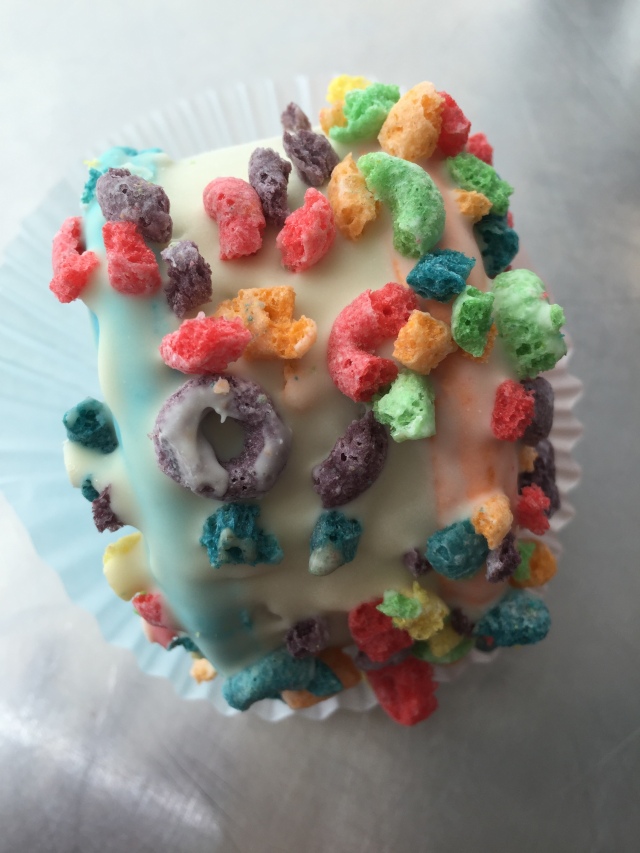 Basically, it is two almond macaron cookies sandwiching house-made Fruit Loop ice cream, dipped in white chocolate and then rolled in crushed Fruit Loops. It was delicious and the perfect amount of sweetness. Completely worth the $6 and the calories. I definitely want to try Thai Tea and Cookies and Cream in the future, but decided to go with a more novelty flavor for my first visit.

After that, Janet and I met up with another friend of our’s from UC Davis (we were all roommates once!) Megan, and just spent some quality time catching up. 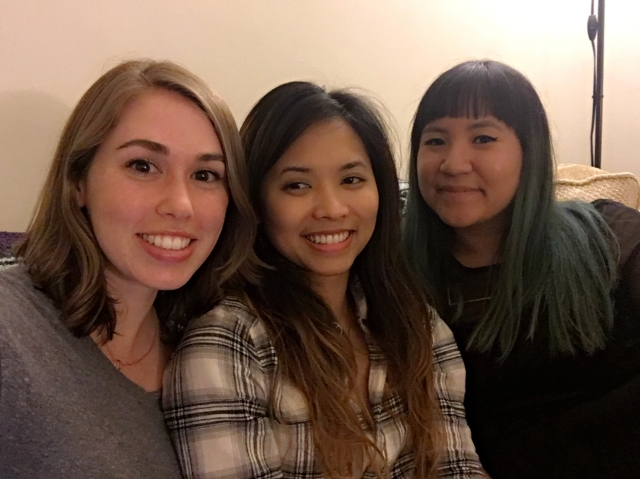 I feel so fortunate to have such great people in my life. Although I have seen Janet plenty during my three visits to Portland this year, I love that she returned the favor and flew down to spend a few days with me during her busy weekend in LA. I firmly believe that you make time for the things, and people, you love, so thank you Janet for making time for me.

What are some of your favorite things to do in LA? Let us know below.

One thought on “A Day in LA”