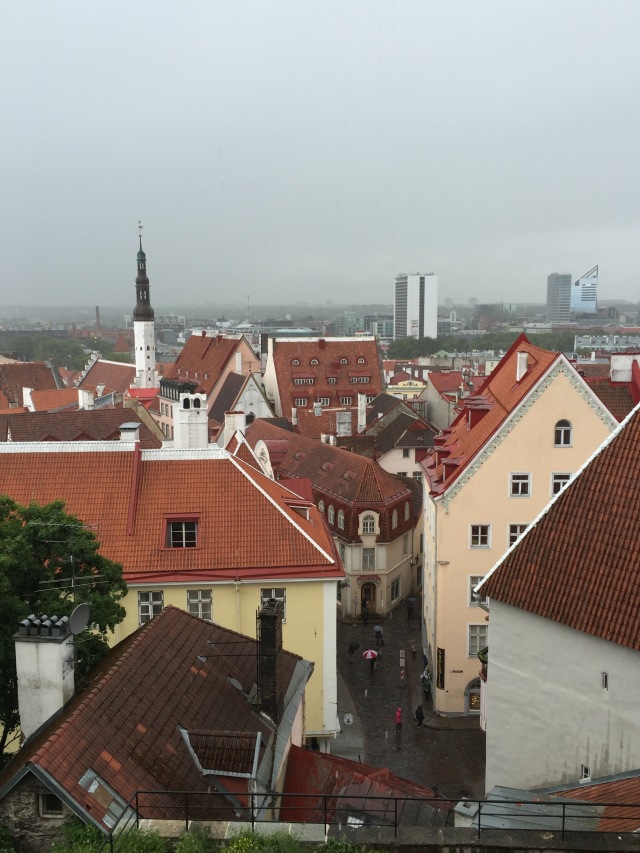 I recently traveled to Tallinn! Come experience this medieval city with me!

Welcome to Estonia’s capital city of Tallinn. This quaint town offers historic insights into European culture. Founded in 1154 A.D. Estonia is one of the best preserved medieval cities in Europe. As such a small country, Estonia has an interesting, yet oppressive past. Estonia declared its independence from the Soviet Union in just 1991, one year before I was born.

Some other interesting facts of Estonia:

Unfortunately, it was overcast and rainy in Estonia. Our first stop was the famed Alexander Nevsky Cathedral. Located in Palace Square, this Russian Orthodox cathedral is a monument to behold. 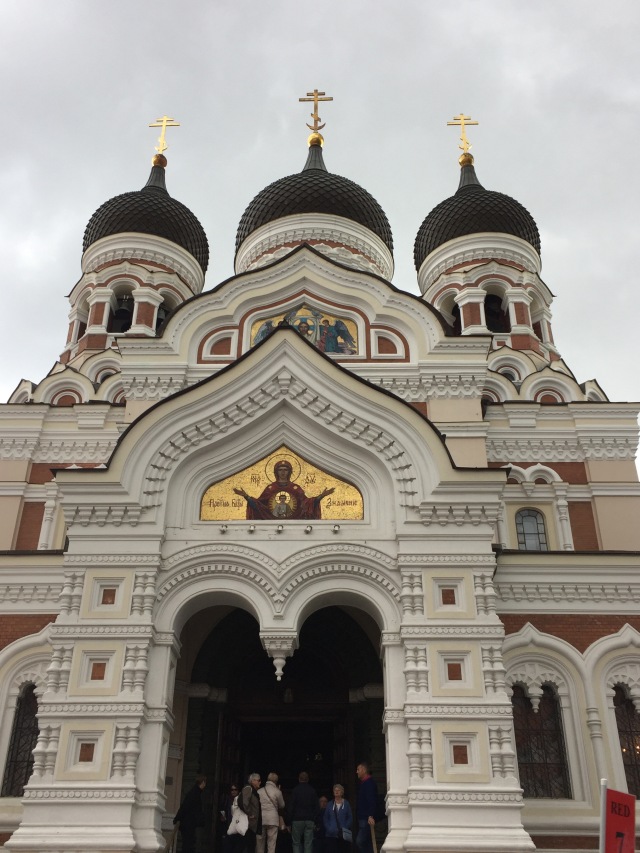 Unfortunately pictures cannot be taken inside of the cathedral, but it comparable on a lesser version to the Church on Spilled Blood in St. Petersburg. Here are some pictures I took of postcards for you. 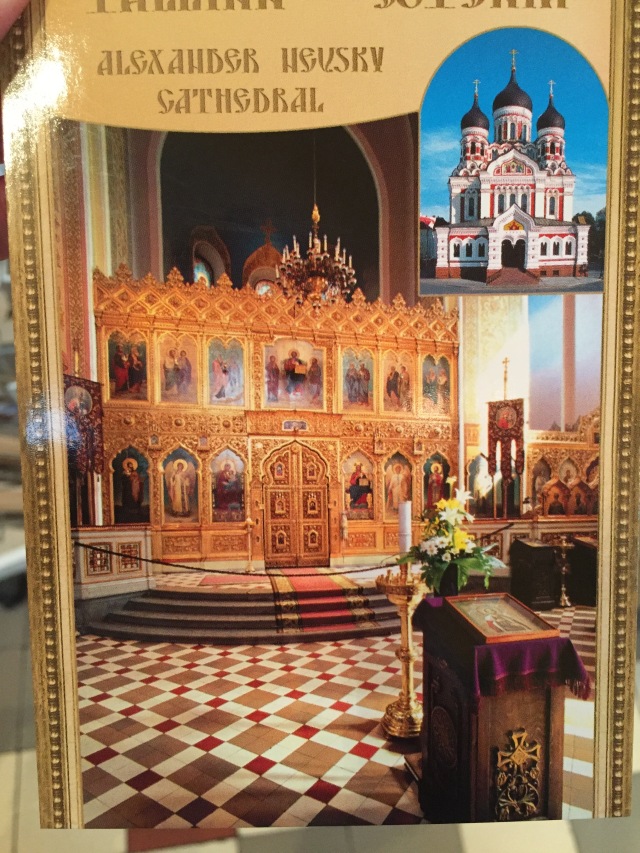 It was absolutely beautiful and a must-see in Tallinn. 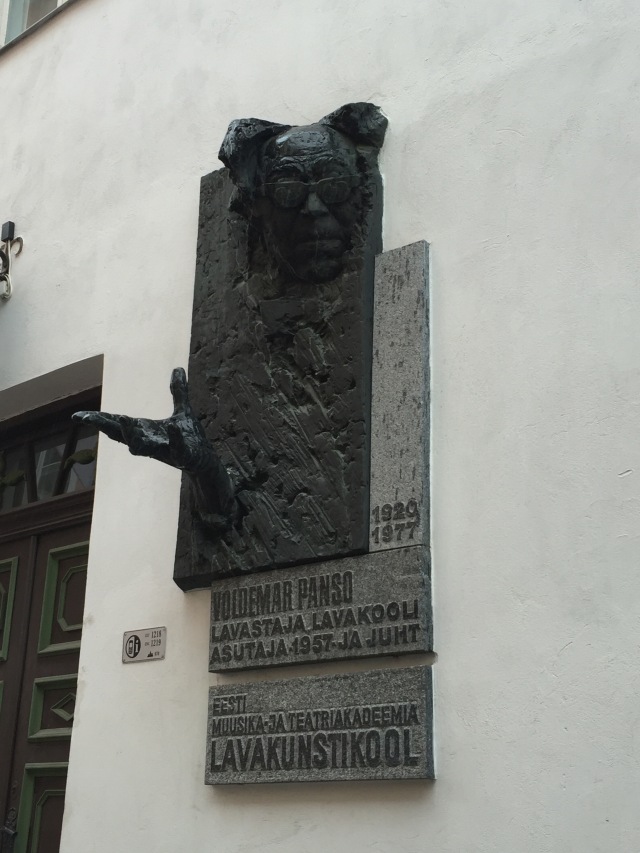 We then continued in Toompea Hill, or Upper Town, to St. Mary’s Cathedral. At Tallinn’s oldest church we found the burial grounds of 15th century nobility and more than 60 medieval coats of arms. 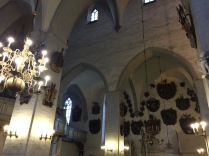 We then continued our climb through Upper Town to enjoy the stunning views. Like the majority of these Hanseatic cities, the cobblestone streets are dotted with colorful buildings. 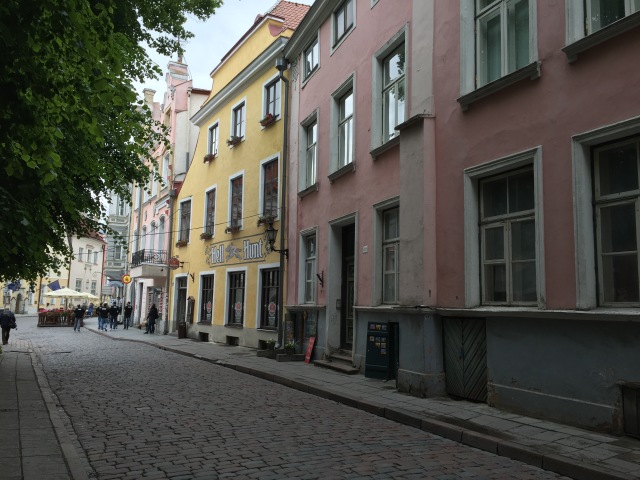 Despite the downpour, the views of the red-roofed Lower Old Town were breathtaking.

We then walked down Long Street, the aptly named longest street in Tallinn, to Lower Old Town. 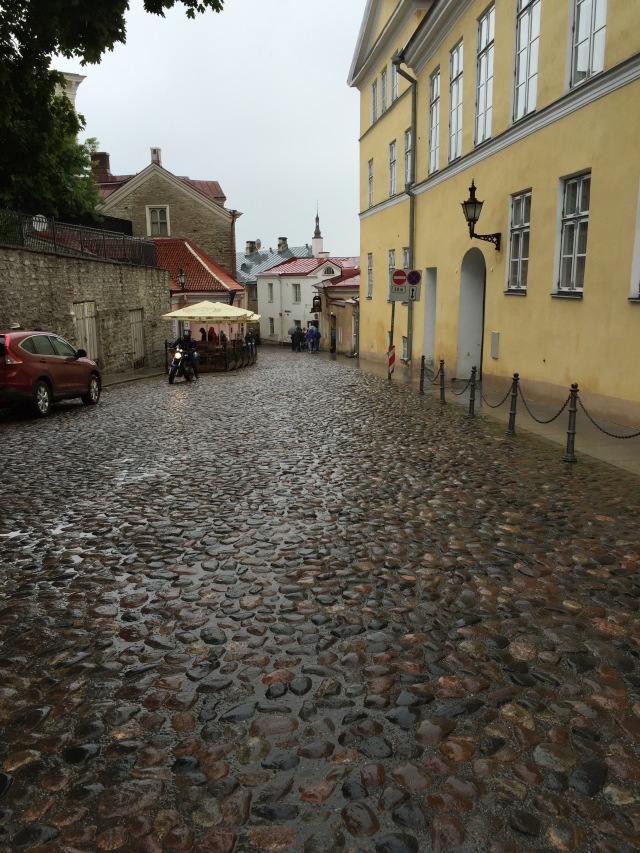 We stopped in for some hot tea and food at Peppersack in Town Square Hall.

Here my group and I received a much-needed respite from the rain. I was treated to two rolls, one cheese and one – it was a sign from the competition Gods – cinnamon.

I then had some free time to explore Tallinn on my own, always my favorite part of the trip. I first walked around Town Hall, built in 1402. Town Hall is surrounded by shops and restaurants.

I stopped in Maiasmokk, where they have been making Estonia’s famous marzipan since 1864. 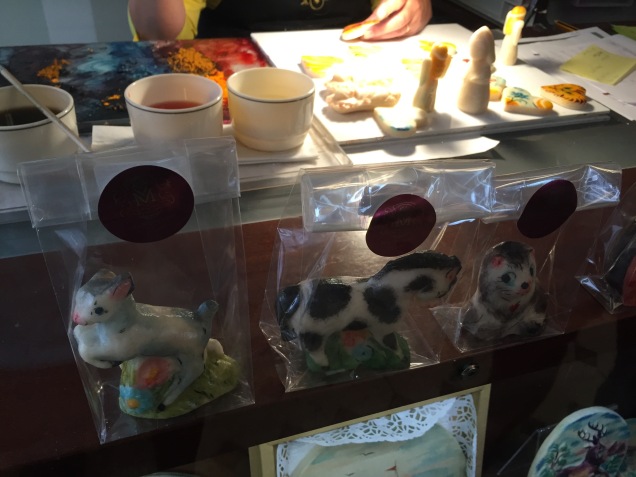 I also was surprised to find Tallinn’s farmer’s market taking place on a Friday afternoon. I enjoyed walking around stalls looking at the amber, knits, and glass works of the local artisans.

With clearer skies, I was more able to enjoy this enchanting gothic city. Throughout the town, you will find remnants of the countries that previously occupied Estonia: Teutonic, Polish, Russian, and Soviet regimes. 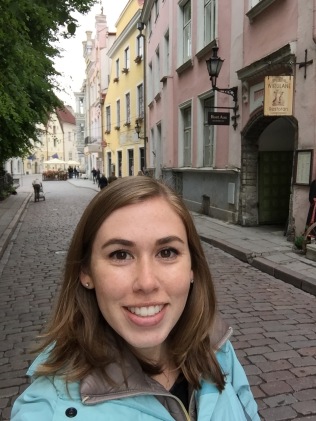 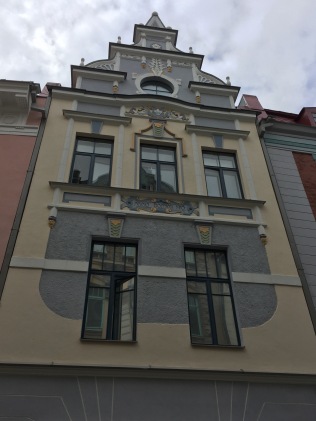 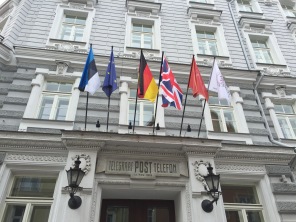 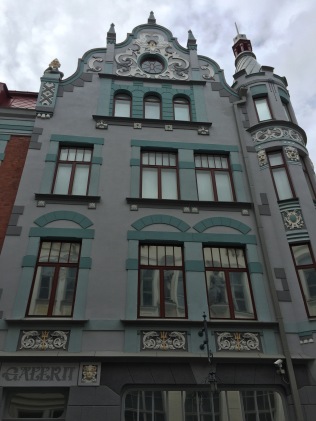 My time in Tallinn ended with a stop at the city’s edge, marked by Fat Margaret’s Tower. This defensive structure from the early 1500s now houses the Estonian Maritime Museum. 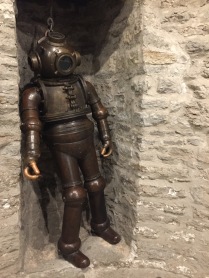 A walk to the top of the tower will provide you with 360 degree views of Tallinn, although not as captivating as the views from Upper Town. 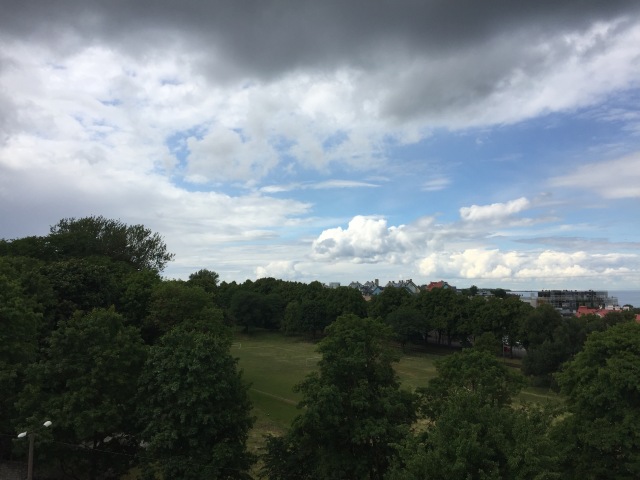 The only highlight of Tallinn that I did not see is Kadriorg Palace. Founded by Peter the Great, the Baroque-style rooms now house the works of the Art Museum of Estonia.

History and charm transcends every aspect of this city. Although small, this town is well worth a visit during your next trip to Europe. Fascinating history, quaint streets, and friendly people will surly make you feel welcome. Take a leisurely stroll over the cobblestone and enjoy the relaxed atmosphere.

Have you been to Tallinn? Is it on your travel list? Let us know below.

4 thoughts on “A Day in Estonia”