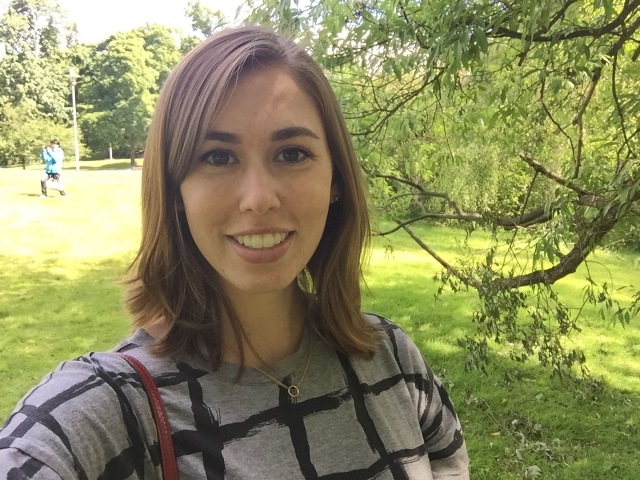 Come spend the day with me in Helsinki!

I must admit, Finland was one of the countries that I most often forgot about when listing where in Europe I would be visiting. Without reason or explanation, it just didn’t come to mind first for me. Maybe this is why Finland quickly jumped to the top of my list upon returning home.

For my day in Helsinki, I opted to take a short tour and spend some time on my own. While on the coach, my tour guide provided us with some interesting Finnish facts:

My time in Helsinki began with a visit to Sibelius Park.

Named after the famed Finnish composer Jean Sibelius, the park celebrates the natural beauty of Finland. Here you will also find an abstract monument that has been inspired by Sibelius’ work “Finlandia.”

Here I took the opportunity to meander away from the touristy crowds to find some solitude under a tree. Although we were told it was supposed to rain, the weather was absolutely beautiful and the skies were clear.

We then walked to Temppeliaukio, or Rock Church.

This Lutheran church was built into solid rock.

Again, I decided to ditch the tourist attraction and spend some time on my own like a local. I went up and down the streets, even popping into a few restaurants to peruse the menus. 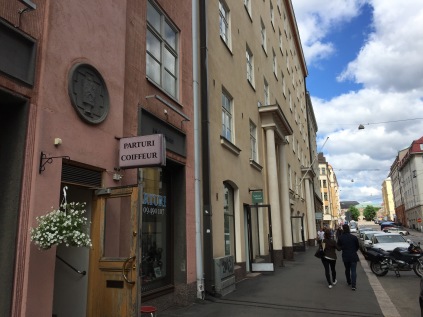 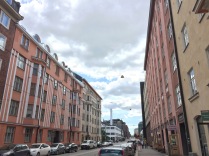 We then were able to drive through the heart of the city. Immediately, I drew comparisons to Denmark’s famed design esthetic. Interestingly, Helsinki won the World Design Capital title in 2012. 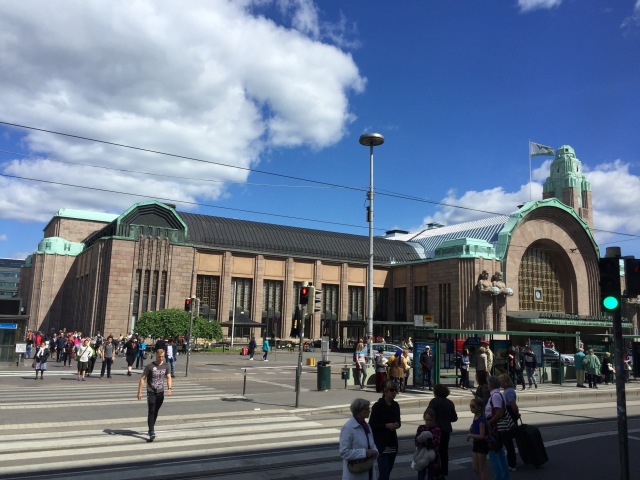 Our drive through the city ended at Senate Square. Here we were able to see the most photographed building in Helsinki, the Helsinki Cathedral.

The cathedral, along with its four surrounding buildings, was designed by Carl Ludvig Engel in the early 19th century.

Honestly, having just spent time nearly blinded by the gilded glamour of Russia, the Helsinki Cathedral seemed dull in comparison. 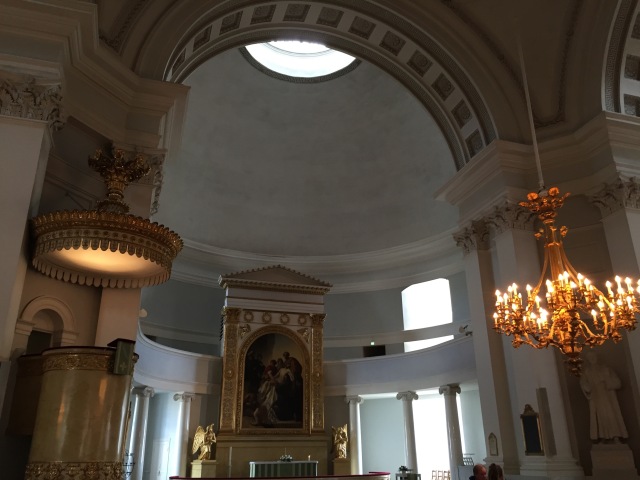 After taking a turn about the inside of it, I perched myself atop the steps and looked out onto the beautiful city.

In search of food, I walked to Market Square. Along with your typical food like kalakukko, leipäjuusto, and vispipuuro, one could purchase clothing, jewelry, and souvenirs at the numerous stalls here. 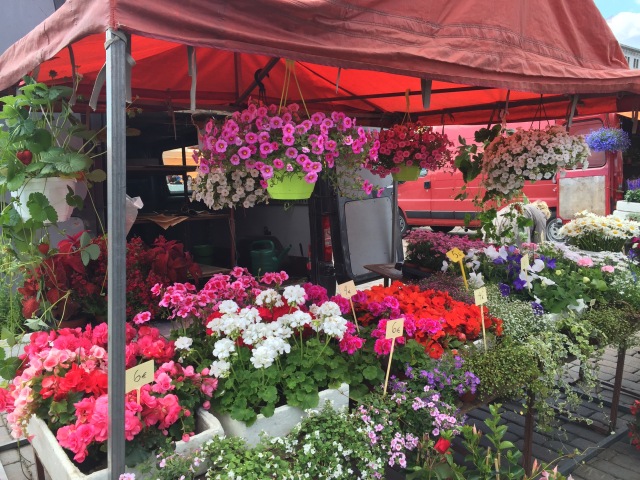 While walking through the market, I met some other travelers and was offered to try moose! Honestly, it tasted like a meatball. But a good meatball!

I opted for, of course, a cinnamon roll. I had indulged in one in London, Denmark, Sweden, and Estonia, so I had to keep the competition going. Now, I know this is the moment you have all been waiting for and the only reason you have been reading this blog: to see which country has the best cinnamon roll. I’ll start from last place.

Finland came in last in the cinnamon roll competition because it was dry.

Next was Sweden. Although the size was plentiful, the icing left me wanting. 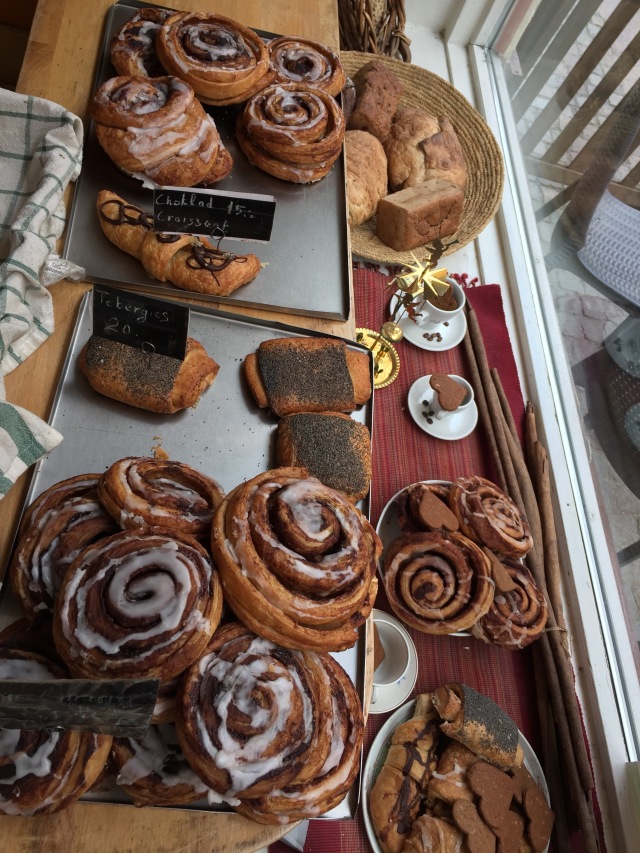 London snuck in to secure third place! I loved the chewy raisins! 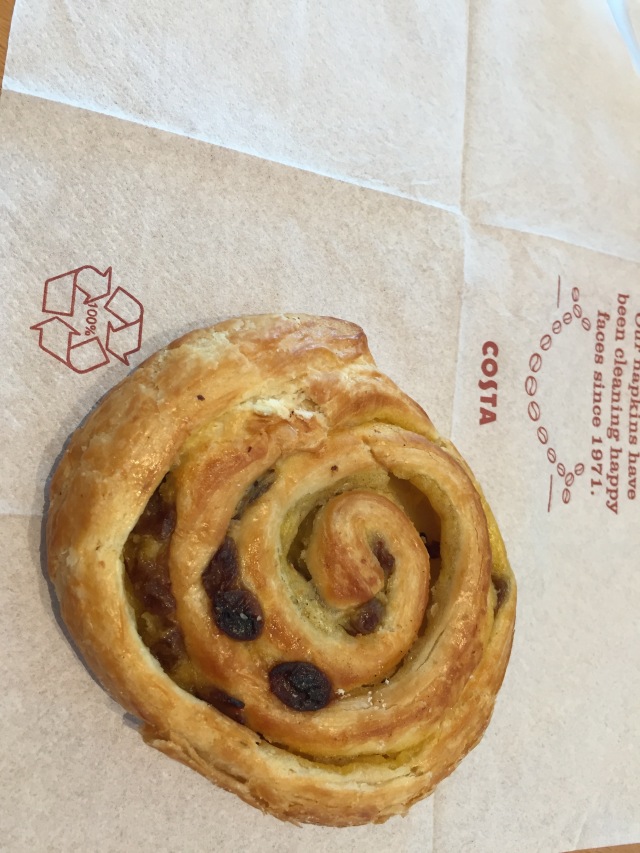 Runner up was Estonia. The powdered sugar was a sweet kiss on top of the doughy dessert.

No surprises with the winner here. The Danes are famed throughout the world for their pastries and their cinnamon roll did not disappoint. I have to admit though…adding the U.S. into this competition would be a game changer and I think we would easily take the lead with our piping hot rolls covered in gooey icing. 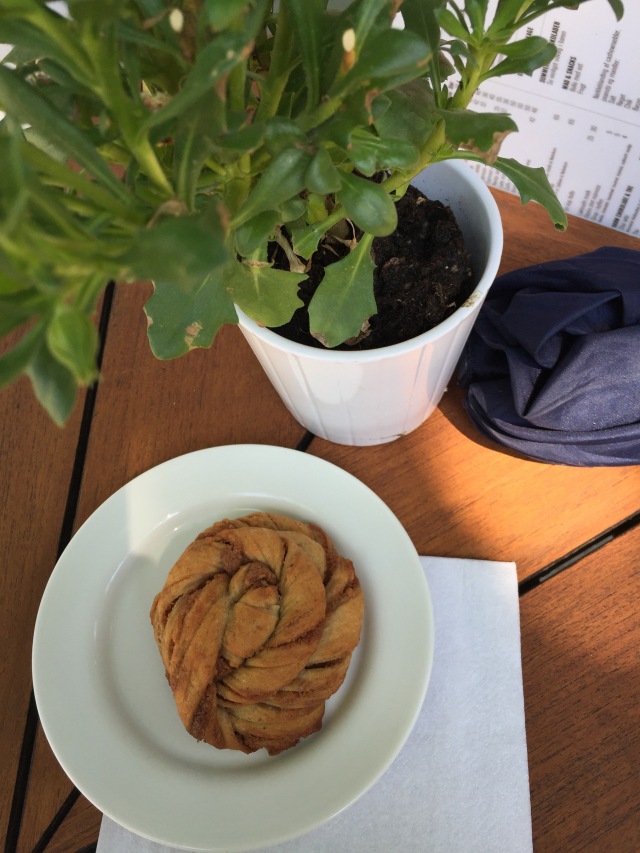 I then did what I do best: got myself a little lost. However, I personally believe that there is no better way to find something new than to get lost in a new city.

I came across a love lock bridge, much like the one in Paris. I loved looking over the different locks, guessing the love stories behind each one. 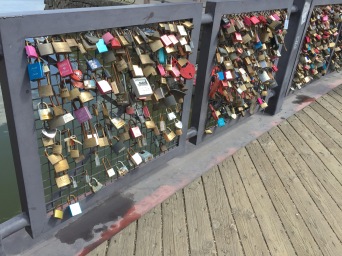 I stumbled upon courtyards, the Presidential Palace, and the oldest building in Helsinki, established in 1757. 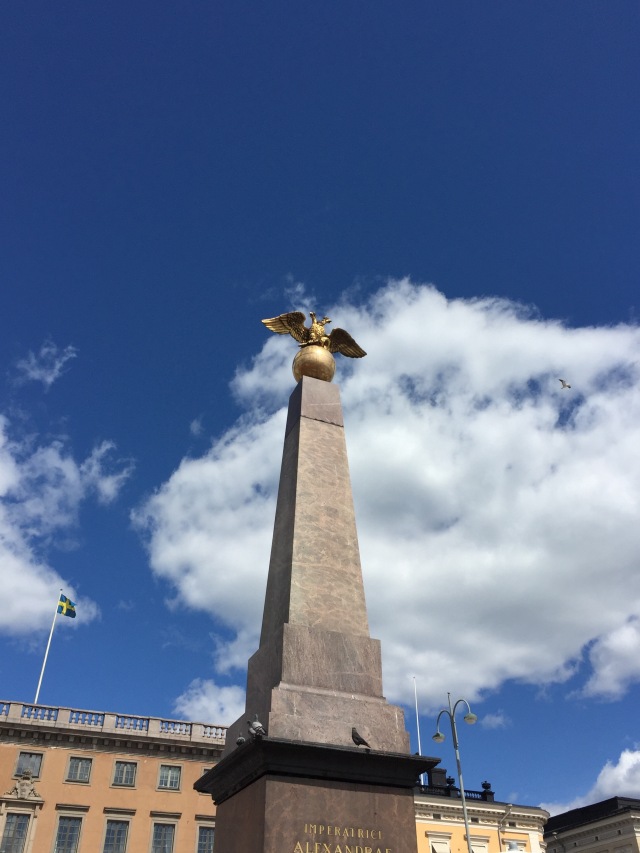 Although Helsinki was remodeled in 1808 to resemble the Imperial city of St. Petersburg, I saw less of a connection to Russia and more of a resemblance to the United States.

The city reminded me strongly of Portland, Oregon. With a bustling farmers’ market along the waterfront and juxtaposing architecture between the new modern and old neo-classic buildings, so much of Finlandia reminded me of Portlandia. 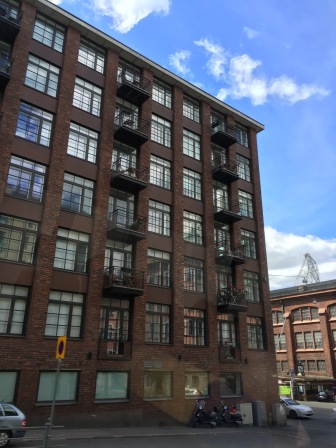 I left Finland feeling inspired to return to the U.S. and, in particular, Portland. I feel so lucky to live in a land where all of the influences of Europe are visible everywhere you look.

Is Finland on your travel list? Let us know below.

4 thoughts on “A Day in Finland”