Here is how I spent the day in Santa Monica, CA with my best friend.

I’ve talked about it before on From Brown Eyes, but Jessie and I try to see each other every month – whether that means me driving to her, her flying to me, or us meeting somewhere else entirely. We like to say, “homies make it happen.” And that is exactly what we do: make it happen, despite tight cash reserves and limited time off from work. Jessie and I strike while the iron is hot and purchase the cheap flights and take advantage of the three-day weekend.

So, being the great best friend that she is, Jessie recently flew down to spend a weekend with me in LA.

Jessie arrived pretty late into LAX since she was worked a full day, but we did make time for some In-N-Out! 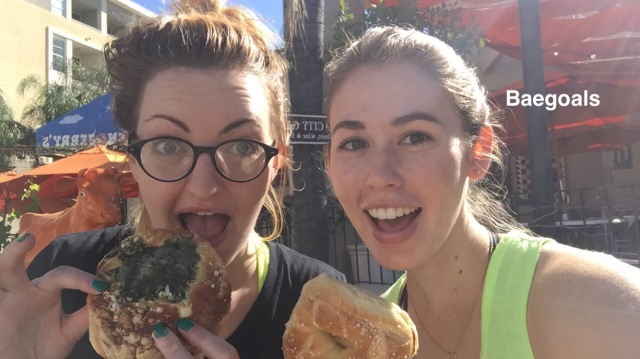 Jessie and I both love bagels, so we stopped off at Noah’s Bagels to fill our stomachs before a hike. We decided to try a new hike together and choose some random trails at Wildwood Canyon.

As this hike isn’t too strenuous, Jessie and I had plenty of time to catch up, specifically learning all about the trip to Montana I missed in March and discussing the pros and cons of the MBA programs I have been accepted into. Jessie votes I go to University of Oregon. She also votes that she moves up north with me. It was a great little hike – except for the snake that we saw! Something about the fresh air and conquering a mountain gives you a fresh perspective when trying to make an important decision. Oregon is sounding pretty good… 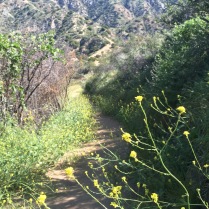 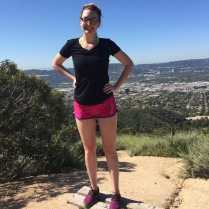 We then went to Santa Monica to spend a few hours by the water! Quick tip: be ready to pay about $20 for all day parking. 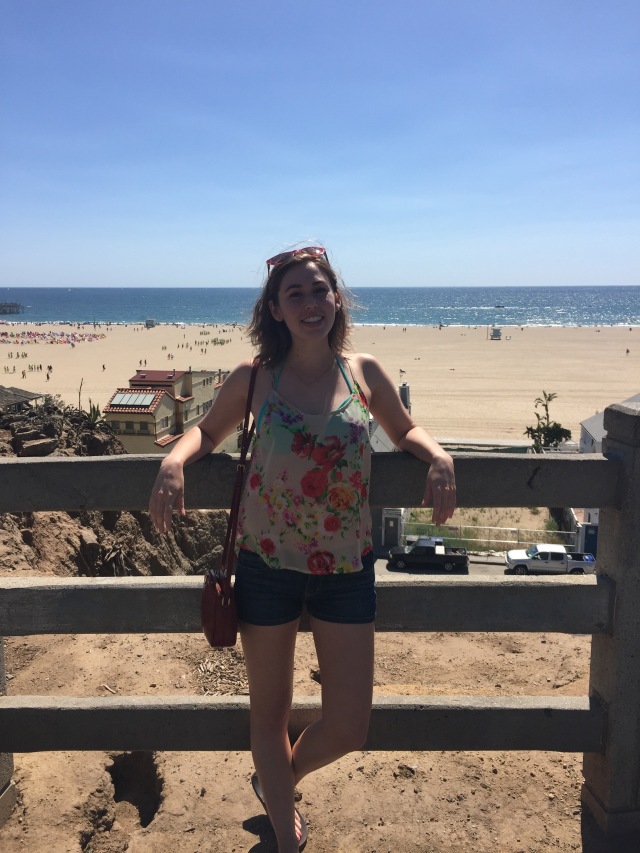 We walked down to the beach, where we found a really cool art installation. There were flags from 100 or so different countries and people were going over to the flag from their homeland and posing with it. I love that America is such a melting pot and it is pretty striking to see how many different nationalities are represented on just this sandy shore. 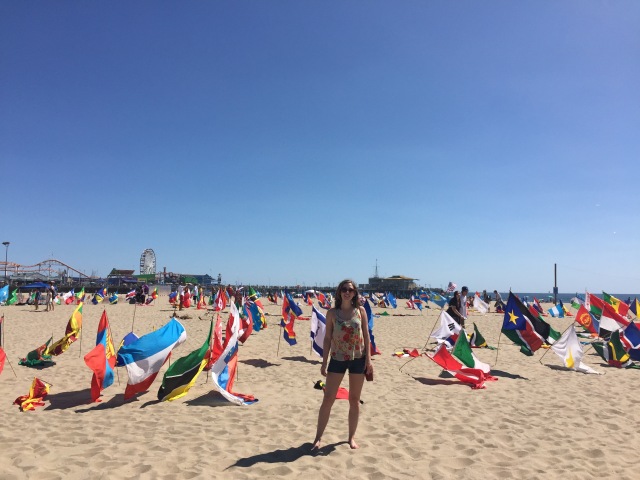 We then walked down to the waterfront, but it was so crowded that we quickly moved over to the pier.

The Santa Monica Pier is a great place for people watching. Between guessing where the tourists are from to watching the pier performers, there is no lack of entertainment. You never know who you could run into at this magical place, you might even see Jesus Himself. Honestly though, I think he would make more in tips if he played the guitar while walking on water.

Ready for lunch, we decided to check out a place called Bruxie on the 3rd Street Promenade. They specialize in chicken and waffles sandwiches! 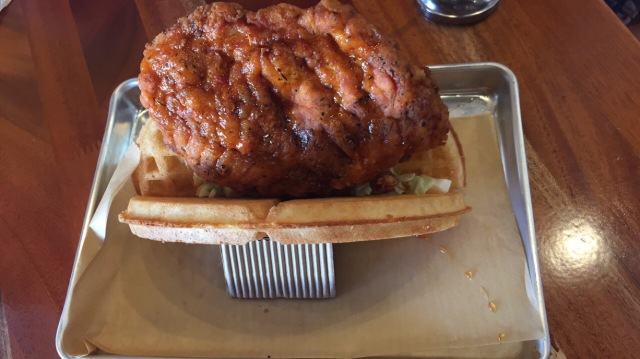 The place also had a really cool vibe about it. I especially liked the use of the old waffle irons as wall decor. 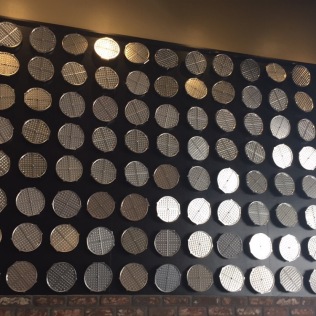 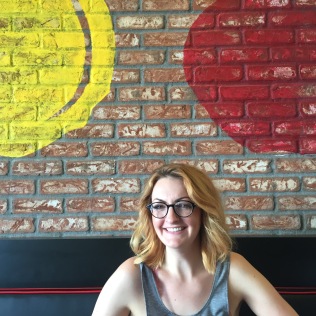 We then walked through a few shops along the Promenade. It is such a cute area to spend a few hours in and the stores are all laid out so nicely.

After some time had passed, we were ready for a little snack. We went to Stickhouse, where you can custom dip gelato popsicles into different toppings.

I opted for dragonfruit dipped in white chocolate.

Jessie got raspberry dipped in dark chocolate and rolled in almonds.

We would highly recommend this place, especially on a hot day!

We then walked down Main Street to The Victorian, a Victorian-style house that has now been converted into a restaurant and ceremony venue. I was taken here on April Fools by my friend Walter who lives in Santa Monica and wanted to show Jessie it.

There are three different levels to this venue and Jessie and I started in the basement first. It is pretty dimly lit, but has some really interesting artwork, like this rhino head that sits atop where the DJ usually spins on Friday and Saturday nights.

We then went to the patio where we listened to some live music under the stars and twinkle lights.

We finished our night by meeting with one of Jessie’s friends Michelle and her boyfriend, both of whom I had met over Thanksgiving. We met at On the Thirty and Jessie and I split a pizza. 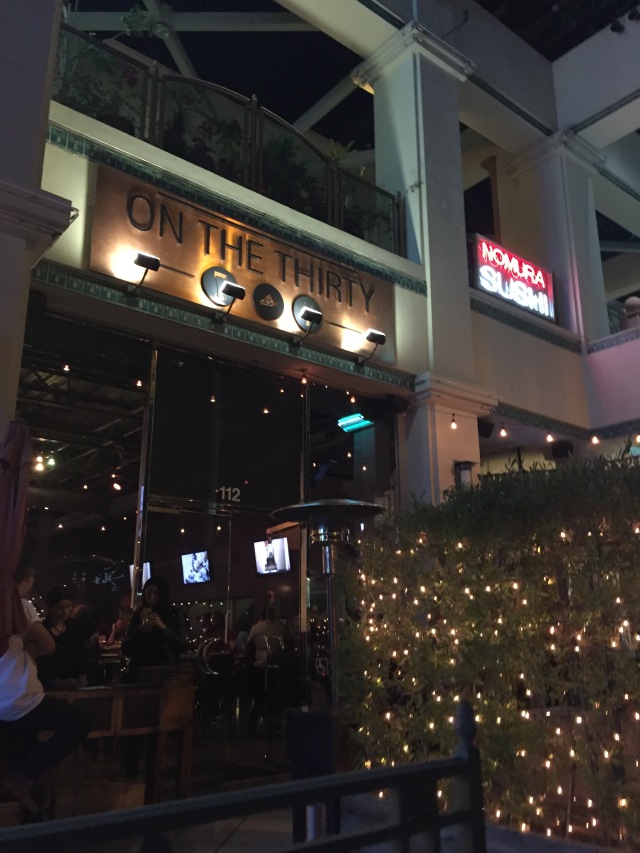 We all caught up over a late dinner. It was great to see them and get to know Jessie’s friend from high school better! I love how as you become older, your friend’s friends begin to become your friends too.

We started the day off with another bagel run at Noah’s. Can you tell that we are bagel obsessed? It is a problem. Carbivores to the max.

Jessie and I then met my parents (she refers to them as her SoCal mom and dad) at our local movie theater to see Zootopia at my mother’s request. I was really cute and we all enjoyed it a ton. My dad – who is notorious for falling asleep during kids’ movies – even enjoyed it!

We then had some sushi together at Wokcano. Honestly, this isn’t my favorite sushi place, but it is decently priced and the fish is always fresh. 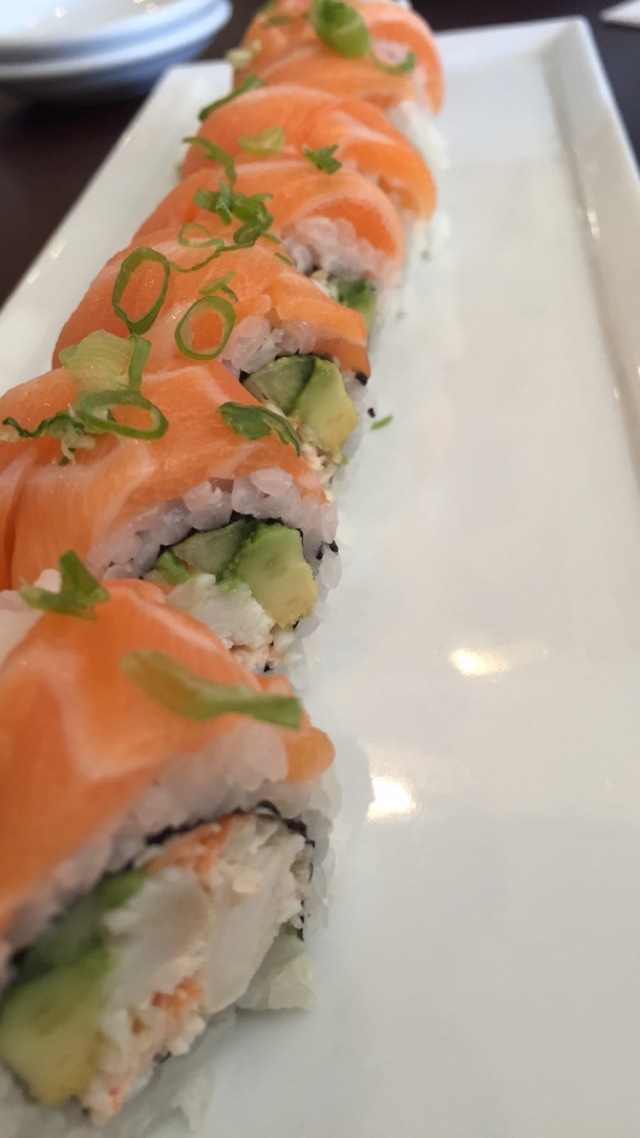 Jessie and I then checked out a little art walk that was going on in downtown Burbank. Since Jessie is an artist, it is fun to watch her get up close and really examine the pieces, describing what medium the work was created in. 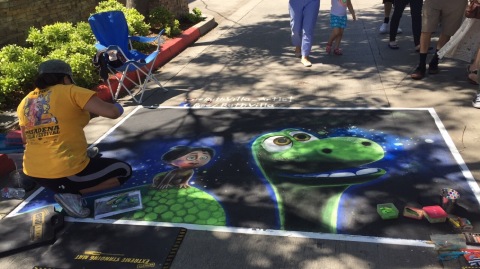 After that, Jessie and I just relaxed before heading to LAX for her return flight to Sacramento. You know you are great friends and super comfortable at each other’s houses when you take a 2-hour nap with your best friend’s dogs in her younger brother’s bed! Here you see Jimmy (the poodle) and Quincy, my brother’s and my replacements when we each left for college.

It was another great weekend with my best friend! Next up for us is a trip to Alaska at the end of May! Wish us luck boarding our flights in Seattle… I have another 30-minute layover, and last time that didn’t work out so well for me…

Do you have any long-distance friendships? What are your tips for making it work? Let us know below.

One thought on “Being a Beach Bum”