Like I’ve said before, life will throw you curve balls. You just have to step up to the plate and take your best swing.

Since moving back home I have worked hard to keep my friendships from Northern California alive and well. As my best friend and I are now a 6-hour drive apart, Jessie and I make sure to carve out time for each other and always have something planned to look forward too.

To keep things fair, Jessie and I rotate who visits who each month.

A week after I left Sacramento in October of 2015, I was back up visiting Jessie (read about out Chico day trip here). 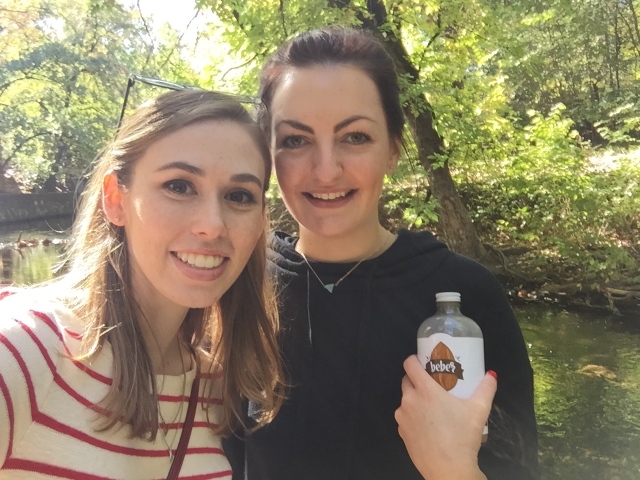 In November, Jessie came down to celebrate Thanksgiving with my family (read here).

For December, Jessie and I both focused on family, but we met up for a weekend in Santa Cruz in January  (read here).

In February I flew back up to Sacramento for a week of adventures, including a trip to Nevada (read here). 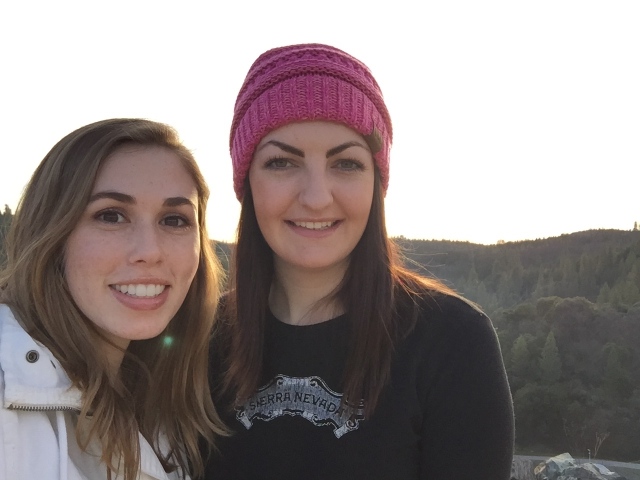 So we of course wanted to continue our monthly meet up and booked a trip to Montana together in March, where we would visit Jessie’s sister for a long weekend. All of the plans were in motion and everything was looking good. On Thursday the 24th of March, Jessie and I both flew to Seattle (me from LAX and her from SMF). Then, we would be taking a connecting flight from Seattle to Montana, arriving in Missoula just past midnight. Well, unfortunately, I didn’t make the flight out of Seattle.

We knew it would be a very short layover from the time we booked the flight. Delta set me up with a 30-minute layover and Jessie with a 40-minute layover. Unfortunately, my flight from LAX was delayed about 20 minutes coming into Seattle. As my plane was still in the air coming in for landing, I was on the phone with Jessie begging her to convince the attendant at the gate to hold the plane for me as long as possible. Unfortunately, by the time my flight had landed, they were already calling final boarding at the next gate. Once I deplaned, I sprinted from gate to gate, only to find it deserted. Still on the phone with Jessie, I learned that she had just walked down the jet way and wasn’t even in her seat yet. Jessie pleaded with the attendants to open the gate for me, but they refused, saying it was against policy to reopen the gate. I stood in the window of my gate and watched my plane take off without me, leaving me alone in Seattle, Washington at 10:30 at night.

I understand policies, but I also understand when policies don’t fit the situation. In a case like this, I truly feel that good customer service should have trumped policy. Yes, I was late boarding, but I still made it by the time the plane was still at the gate. And my reason for being late wasn’t because I was airport shopping or eating dinner and lost track of time, I was late to board because my previous Delta flight was delayed. I believe that as a company Delta should have given myself and the three other people on the delayed LAX flight with me a chance to board.

Wanting to know my options, I looked for a Delta customer service desk. When I found one, I realized that the desk was just for show (not actually manned by anyone) and was directed instead to a phone, where I was connected to a help center in Dallas, Texas. When I asked about new flight options to Montana, I was told by the Delta representative that I had already been rebooked for a 7AM flight the next morning that would arrive in Missoula at 5PM. Although some might be relieved to hear that Delta had already taken care of their new flight arrangements, I was not. Although it might sound dramatic, I felt that Delta was dehumanizing me, treating me like a pawn instead of like a person. Not only did Delta affect my travel arrangements the first time by refusing to let me on my flight, now they were rescheduling my travel without my consent. What was worse for me was that Delta did not even notify me of the change. I did not receive an email, call or text message saying I was rescheduled for a 7AM flight the next morning. Only when I called Delta did I find out. It was frustrating to feel that Delta was taking my vacation into their own hands without any regard to myself. Not wanting to say anything rude to the representative on the phone who was just doing her job, I jotted down the new flight information, thanked her, and hung up.

Putting my frustrations aside, I took a deep breath and stopped to think with a clear head. Of course I hate when things don’t go as I want, but wallowing at the airport or going off on a representative that cannot turn back time for me wasn’t going to change my situation. As Maya Angelou said,

If you don’t like something, change it. If you can’t change it, change your attitude.

With that motto in mind, I took a hard look at my situation. Jessie had planned this trip solo originally and very kindly invited me to tag along with her and her sister after the fact. To me, it seemed obvious that this was the intervention of a higher power telling that Montana was just meant for Jessie, as it had been from the very beginning. I realized that Montana was a wash, and I would have to find a weekend adventure elsewhere.

I called the Delta help center back and canceled all of my remaining flights and was, thankfully, refunded in full. I did though, have to battle to get reimbursement for my flight from LA to Seattle, which Delta did compensate somewhat.

I saw three options in front of myself:

Although I would have relished the idea of staying in Seattle for a weekend, Delta wasn’t offering any hotel compensation. I just wasn’t prepared to commit to forking out hotel costs for a weekend. Option one: scrapped.

Seeing a great opportunity in front of me to be spontaneous (something I am working very hard on to become more of), this option jumped out at me. Vancouver, Canada was out, I didn’t have a passport. But I could go to Oregon, I was only a 3-hour drive away from Portland, one of my favorite city filled with some of my closets friends that would offer me sanctuary in a second if I asked.

The third option didn’t tempt me much. My travel plans had already been really disrupted, but I had a weekend bag packed (thankfully I had a carryon and didn’t check my luggage!) and wasn’t going to let one missed flight ruin my whole weekend and deprive me of a chance to travel.

With that, I decided that I would find new adventure for myself in Portland. At 11:30PM, I made some calls to friends and decided to drive to Portland, Oregon.

I used Budget Rental Cars, which thankfully is open 24-hours at the SEATAC airport and it really affordable. By midnight, I was sliding into my red Mitsubishi Lancer and ready to road trip on down to Oregon. During my drive, I finished Knowing Your Value by Mika Brzezinski, where she talks all about why women are “so often overlooked and underpaid.” I will have a full review coming on this book soon, but it was a great way to pass time and stay focused during the late-night drive. As I have said before, Audible is one of my favorite apps and a staple on my phone. I would highly recommend trying their free thirty-day trial.

At 2:30AM Friday morning, I finally found sanctuary in Portland, Oregon. So happy I have people in my life that will take me in with little notice at 3 in the morning!

This trip became a great test for many I have personally been working toward. As someone who in the past has often been uptight, inflexible, and unadventurous, I welcomed this blunder as a challenge to redefine my limits.

Instead of reverting to old ways and calling my dear old dad for help, I sat down and figured out how I could better my situation for myself. I learned that people are more than willing to help if you just ask for it (like my friend Charlie in Seattle, who offered me sanctuary when he heard I was stranded).

What was supposed to be a weekend in Montana became a week in Oregon. I am thankful that I was able to take advantage and make the most of this unique time in my life. When else will I be able to pick up and go, and, without notice or regard, change my travel plans from one half of the country to another in the middle of the night?

I am proud of myself for staying calm, treating the Delta employees around me with kindness, and for discovering a new sense of adventure. Although I missed spending the weekend with Jessie, this definitely was a trip for the books and one of my most valuable travel experiences to date.

Sometimes you have to roll with the punches. And sometimes, you win the flight.

Have you ever been stranded at the airport? How did you make the best out of your situation? Let us know below.

7 thoughts on “Rollin’ With the Punches”