As 2015 comes to an end, I want to take a second to reflect on all that has happened this year. Follow along with me as I break down the months.

January – I rang in 2015 with a trip to Lake Tahoe in Northern California. It is one of my favorite places. I went with one of my best friends Jessie and our boyfriends at the time (queue Beyonce’s “Single Ladies”). Highlight of the trip was an impromptu snowball fight and a day trip to Nevada! Low part of the trip was slipping on ice and seriously bruising my tailbone. 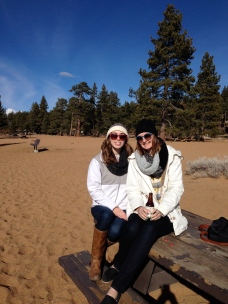 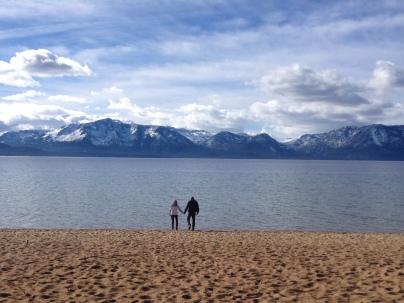 February – My mom and aunt came to Sacramento for a visit! Although it was a short trip, I was fun to be a tourist in my own city and spend some quality time with two of my favorite people. We visited the State Capital and peaked in the cathedrals during Ash Wednesday.

March – Took a family trip to Denver, Colorado. My parents, brother, and I each flew out from our respective cites and met up for a week of togetherness. We had High Tea at the Brown Hotel, took tours of the Coors Brewery and the Hammond Chocolate Factory, and visited Red Rocks Amphitheater.

I originally was going to pass up Colorado and vacation with a friend in Chicago instead. He and I had the trip planned and booked, but I soon realized that I won’t always have the ability to travel with my family (or maybe the desire!) and these moments with my family are precious. After talking it over with my friend, I canceled my Chicago trip. Family first.

April – This turned out to be a great month for celebration. I celebrated Easter in the best way I could imagine, surrounded by puppies! I am a huge animal lover and Jordan’s family’s dog had just given birth to her second litter. Jordan and I also celebrated moving into a house! After months of searching for the perfect place, he purchased a house in Sacramento with a big yard for our dog Stella. To round out the month, I celebrated the happy marriage between two friends of mine. The bride and I were college roommates and it was surreal watching her walk down the aisle. Overall, April was one of my happiest months of the entire year. 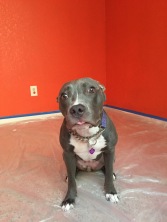 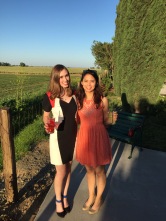 May – I flew home to LA for my dad Rick’s birthday. Most years, my dad hosts a big party he calls Rickfest. He invites old friends and coworkers (he was a Los Angeles Times Staff Photographer for 28 years), family, and previous students (he also was a Photojournalism Professor at USC) over for a day of reminiscing and laughter. It has been a ton of fun building relationships with his students and old buddies over the years – even though it has lead to me hearing a story or two that I didn’t need to know about my dear old dad. As almost everyone at the party is a professional photographer, we set up a photo booth with silly props and wigs. The pictures always come out great.

This particular Rickfest was extra special because my dad compiled some of his most memorable photographs to show all of his guests. It was such a great moment listening to him tell the stories behind these pictures. Here are a few of my favorite of those photos, including one which was nominated for a solo Pulitzer Prize (the little boy in the LAPD cap). Click on the photos to see the full size and caption. I have an amazing dad and I am happy to celebrate him every May, and every day. 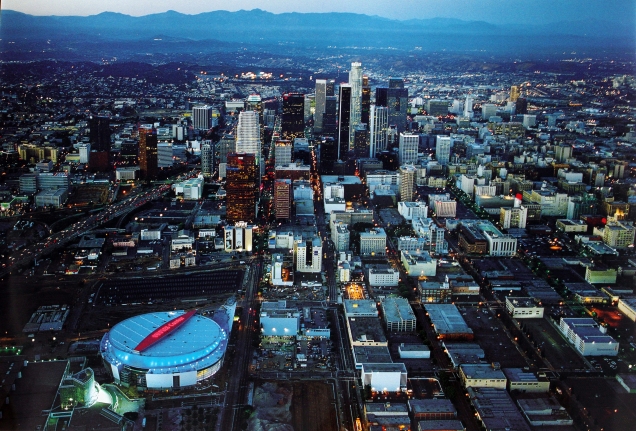 June – I kept up my practice of aerial yoga. At this point, I had been practicing this form of yoga for about a year and was loving every minute of it. Aerial yoga really forces you to trust yourself and the strength of your body. I also love that it makes me more interesting as an individual. I mean, not many people can see that they practice yoga suspended 5 feet off the ground! If you are interested in trying aerial yoga, I would recommend checking for introductory class offers on Groupon!

July – On the 10th, I turned 23. Although it doesn’t feel like much, it sounds quite old to me! I celebrated by walking through the rose garden outside the State Capital and consuming lots of delicious desserts (I am a total sweet tooth!). July also brought a trip north to Silver Lake, part of Lassen National Forest. This was my second time returning with Jordan’s family. We enjoyed a weekend of hiking, rafting, and reading while being 100% disconnected from internet, electricity, and work. It was a great time! I definitely want to live by a lake in the future. So much better than beaches. 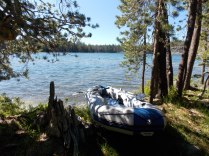 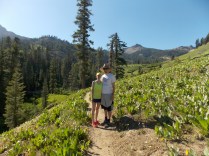 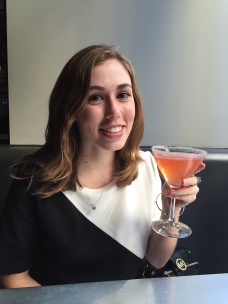 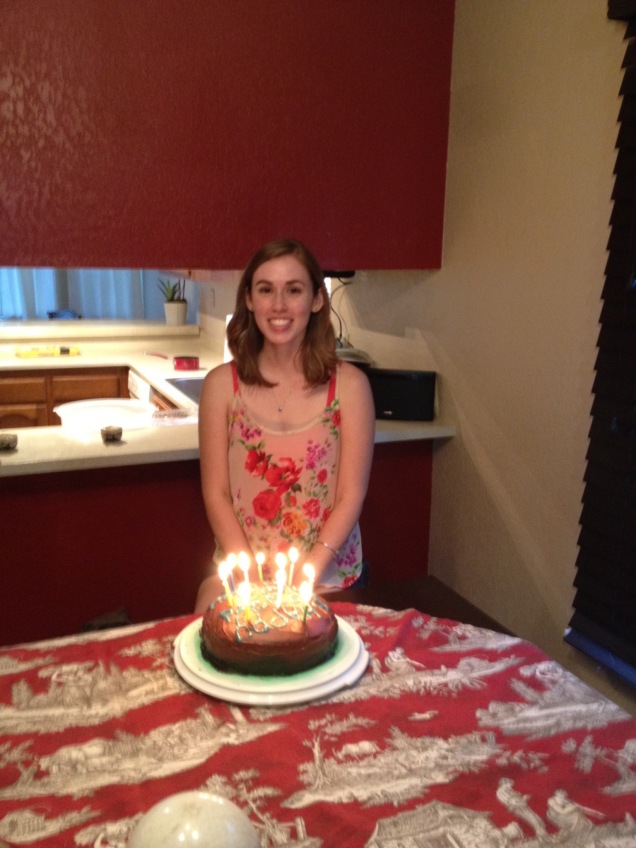 August – For the first time (for each of us as individuals and as a family) we went on a cruise to Alaska and Canada! We sailed with Princess Cruise Lines for 10 days through the inside passage. Highlights included dog sledding on the Mendenhall Glacier while in Juneau, watching wild bears in Ketchikan, and checking out (pun intended) the Lumberjack show in Skagway. Low part of the trip was sleeping from a drop-down bed from the ceiling. My parent’s told me it gives you character…I told them all it gave me was a back ache. 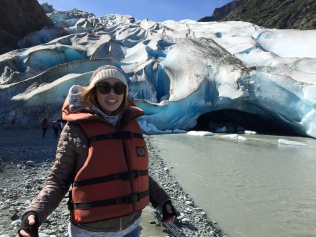 September – Well, this is the month that things took an unexpected turn. After being sent to Nevada to train another Executive for Target, Jordan and I took a spontaneous Reno trip! I won $20! He won $2000… Jordan and I then kept the fun going by joining his family in Mt. Shasta, CA for a reunion. In Mt. Shasta we drank spring water straight from the head of the Sacramento River. It was so crisp and fresh, and made me feel alive and whole. Well, I guess that water gave Jordan a little bit more of an awakening than it did me, because two weeks later we were broken up, I was moving out, and I put in my notice with Target. Despite all of the good at the start of this month, it quickly became the saddest month of my year. I was happy to see it end and looked forward to a fresh start in October. 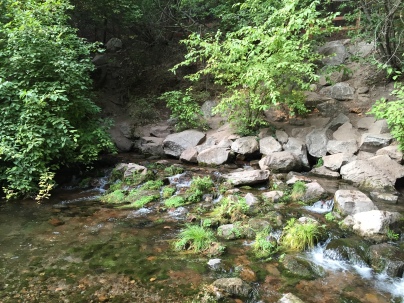 October – Once I finished my last day at Target on the 12th, I spent a week enjoying the company of my close friends as I packed my life away. By the 22nd, I was home in LA having dinner with my parents. October brought much needed time with family, a parking ticket in Hollywood, and the creation of this blog. In many ways, October became the most pivotal month of my year. Although the big decisions were made in September, my attitude and determination for a positive outlook was solidified in October. October was my awakening.

November – This was the month of adventure. Between a trip to Sacramento, a girls’ weekend in LA, and a week in New York and New Jersey, I was here, there, and everywhere. In many ways, traveling so much made moving back home to LA an easier transition. I also got to celebrate Thanksgiving with my family. November taught me to trust my gut and say “yes.” 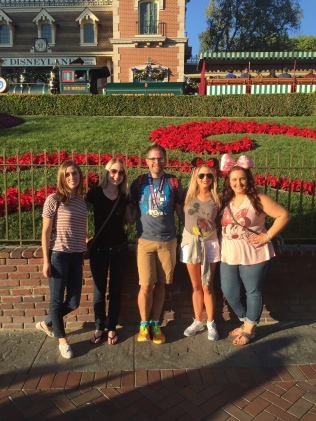 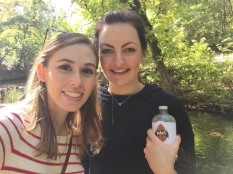 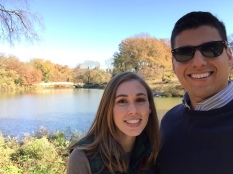 December – Well here we are, the final month of the year. I continued my travels, spending a weekend in San Francisco and a week in Texas. The ultimate highlight of this month was being with my family for Christmas Eve and Christmas Day, something that I haven’t experienced in 5 long years. 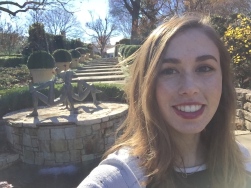 What were some of the highlights from your year? Let me know below.

Hi, welcome to FromBrownEyes! I’m Tess, and I’m on a happiness hunt.

After graduating from college and spending years working in American corporate retail, I realized that something wasn’t right. So I did something crazy – I quit my job, moved back in with my parents, and decided to spend time exploring all that life has to offer. Since then, I’ve earned my M.B.A. and moved to Sweden. Here is where I chronicle my journey, now four years in the making. Here is where you are able to see my perspective, straight from my own brown eyes. Enjoy!